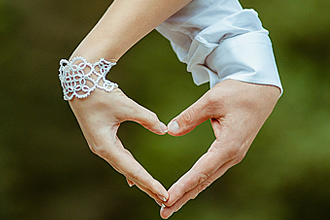 “One of the few approaches to marital therapy that has been proven to be effective.”

“EFT gives a proven road map to the process of change in couple therapy.”

“EFT is one of the best documented, most substantive and well researched approaches to couple therapy.”

When couples have trouble in a relationship, they are struggling with a basic attachment issue. They want answers to questions such as, “Are you there for me?” “Can I count on you?” and “If I call, will you come?” But if a couple is not in tune, asking those questions can be troublesome.

The signals they send can be distorted and misinterpreted, with no easy response. They are caught in a trap. A miscommunication on the part of one person causes an inappropriate reaction from the other, which can lead to escalating behaviors.

A breakdown in a couple’s communication system typically leads to one of two patterns. One is using anger to get a response: “I can’t get you to respond to me, so I will get angry, coercive, and blaming. Occasionally, it will make you pay attention to me.”

Another pattern is that one person shuts down as a way of dealing with difficult feelings or the partner’s anger: “I can’t get you to respond to me with acceptance, so I will try not to need you at all. I’ll try to shut you out.” Unfortunately, shutting down blocks the other person out and exacerbates the negative emotional system.

In EFT therapy, couples are taught to be responsive. Responsiveness is very powerful; it’s the most powerful tool to use, more powerful than communication skills because couples seldom can use them when hot emotions come up.

Relationships start with an intense connection, but, over time, the level of attentiveness to one another naturally drops off, creating a feeling that the connection has been damaged. If the couple can’t successfully reconnect, “demon dialogues” are likely to occur. These fights can become standard in some relationships, but if they gain momentum, they can take over, resulting in a devastating feeling of aloneness. EFT offers a road map to help couples understand how to self-correct when their “attachment demons” surface.

EFT is usually a short term (8-20 sessions), structured approach to couples therapy formulated in the early 80's by Drs. Sue Johnson and Les Greenberg. Since then, Sue Johnson has further developed the model, adding attachment theory to further understand what is happening in couple relationships. A substantial body of research outlining the effectiveness of EFT now exists. Research studies find that 70-75% of couples move from distress to recovery and approximately 90% show significant improvements.

EFT is being used with many different kinds of couples in private practice, university training centers and hospital clinics and many different cultural groups throughout the world. These distressed couples include partners suffering from disorders such as depression, post traumatic stress disorder and chronic illness.

An Example of the Change Process

In a therapy session, a husband’s numb withdrawal expands into a sense of helplessness, a feeling of being intimidated. He begins to assert his need for respect and, in doing so, becomes more accessible to his wife. He moves from "There is no point in talking to you. I don't want to fight." to "I do want to be close. I want you to give me a chance. Stop poking me and let me learn to be there for you." His wife’s critical anger then expands into fear and sadness. She can now ask for and elicit comfort. She moves from "You just don't care. You don't get it." to "It is so difficult to say – but I need you to hold me – reassure me – can you?"

New cycles of bonding interactions occur and replace negative cycles such as pursue-withdraw or criticize-defend. These positive cycles then become self-reinforcing and create permanent change. The relationship becomes a safe haven and a healing environment for both partners.